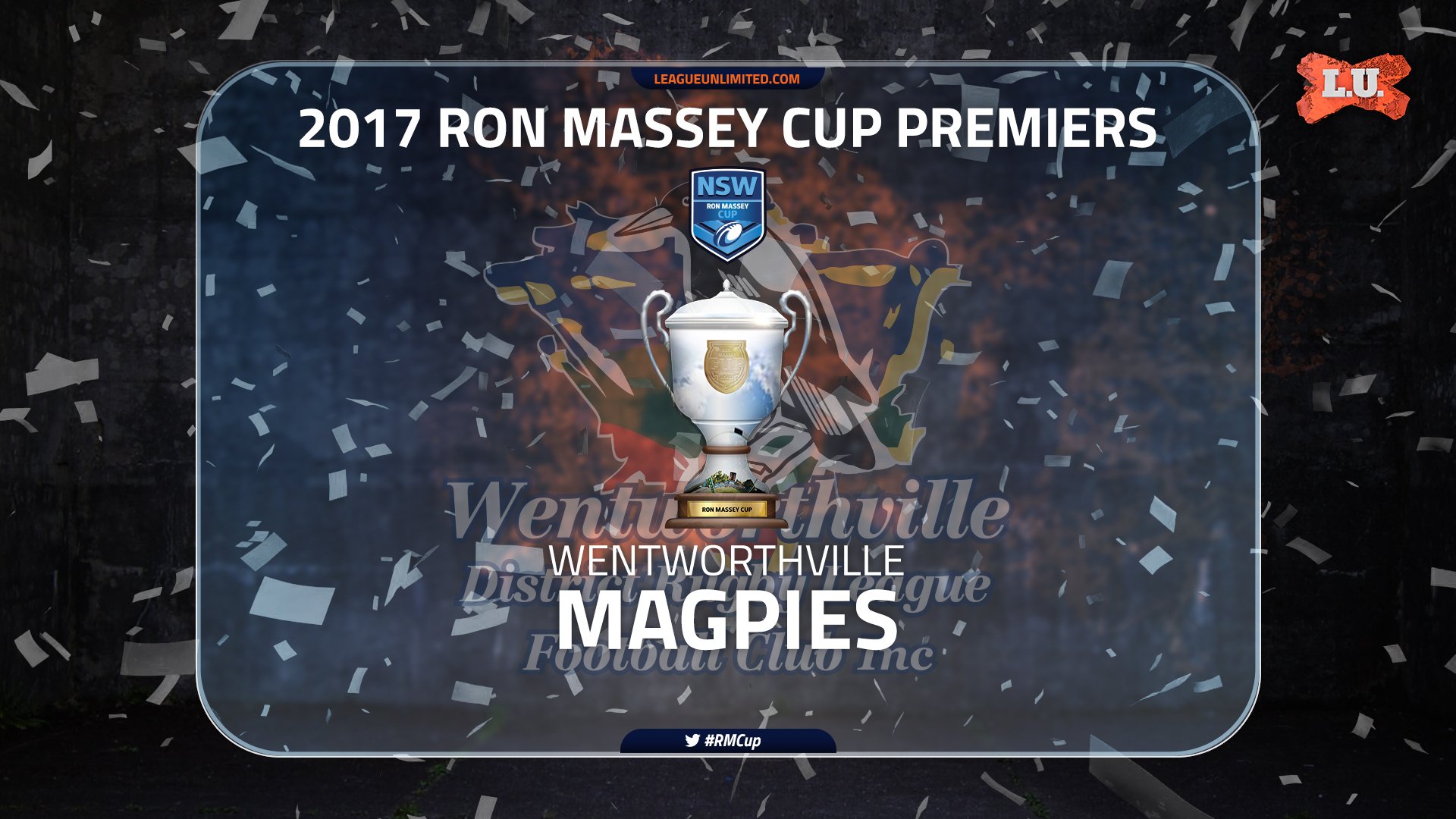 The Wentworthville Magpies are the 2017 Ron Massey Grand Final champions after a commanding 38-4 victory over the Auburn Warriors at Leichhardt Oval.

Auburn started in the worst possible fashion with a knock-on from the kick-off resulting in an accidental offside that gifted Magpies halfback Jake Walsh an easy two points, before another handling error invited them straight back onto the attack with Zach Nicholls firing a cut-out pass to Danny Barakat for the first try of the afternoon.

The Magpies extended their lead shortly after as Nicholls continued his blistering start with a perfect short ball to Nick Kassis who steamed through a gaping hole for back-to-back tries.

Auburn continued their poor start after they were unable to field a towering mid-field bomb, and the handling error proved costly as Barakat pounced on the loose ball for their third unanswered try within the first 15 minutes.

The Magpies were dominating the early exchanges with their forwards laying a strong platform via some barnstorming carries, but Auburn were able to hit back with a try to Matt Utai after he plucked the ball from a classy grubber and barged his way over in the left-hand corner.

Despite some valiant efforts from Auburn to work their way back into the contest, the Magpies extended their lead in the closing stages of the first-half after Taniela Lasalo charged his way over from close range.

Walsh again converted to take a comfortable 26-4 lead at half-time.

The Warriors looked to avenge their poor start with a host of early opportunities to kick-start a potential comeback but were unable to take advantage with an array of errors ruining their chances.

It was a tug-of-war battle in the opening 15 minutes of the second half but dynamic Magpies halfback Jake Walsh came up with a game-defining 40/20, however they were unable to capitalise as the Auburn defence held strong.

It was only a matter of time before the Magpies iced the victory, with Walsh capping off a brilliant game with a pin-point grubber for Kassis who scored right under the posts.

Walsh continued his perfect kicking record with the Magpies taking a 32-4 stranglehold with just 15 minutes to play.

After some threatening attacking raids from Auburn in the hope of finding a consolation try, it was Magpies flyer Joshua Minhinnick who put the icing on the cake with a sparkling 70-metre sprint down the right-hand touchline to well and truly seal the victory.

A high tackle was the final straw in a feisty contest with Siaopo Tagaloa sent off for the indirection, with Walsh nailing a further two points to complete a comprehensive 38-4 victory and the 2017 Ron Massey Cup title.