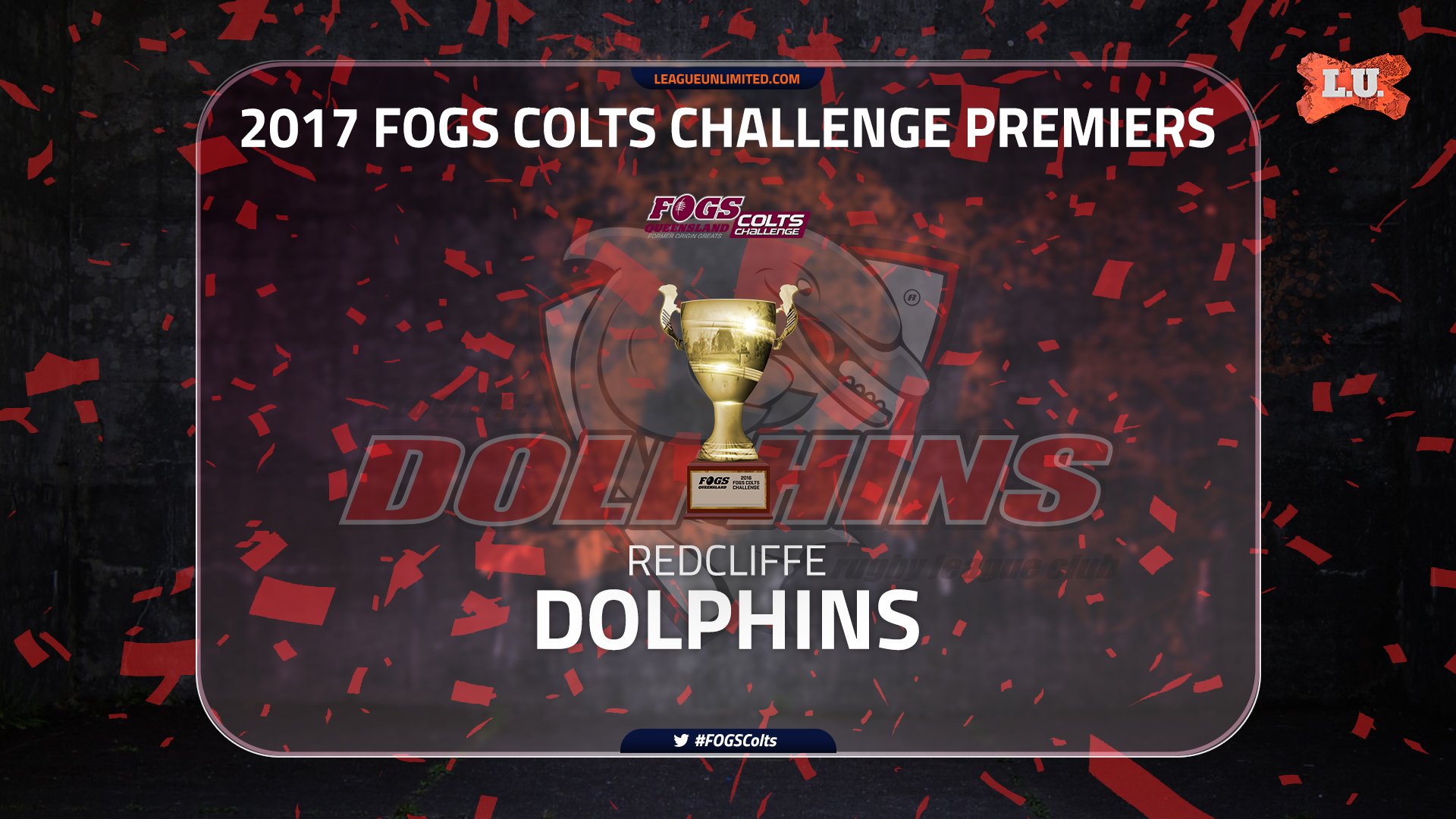 The Redcliffe Dolphins turned in a dominant display this afternoon to be crowned the 2017 FOGS Colts Challenge champions after defeating the Norths Devils 56-18.

A first-minute penalty against the Dolphins setup the Devils to strike early as second rower Michael Molo crossed the line in the second minute.

The Suncorp stage appeared to take hold of both sides early, as a slew of mistakes and penalties led to tempers flaring early with each having a player sin binned.

An in-goal fumble from Norths soon thereafter allowed five-eighth Radean Robinson to pounce on the loose ball, scoring the Dolphin's second try of the day.

The Dolphins quickly kept the ball rolling as dynamic fullback and eventual man of the match Trai Turner begun the scoring avalanche that ended the first half.

Taking full control of the game's momentum; Redcliffe closed the first half with a flurry of tries with Fuller, winger Michael Walit and centre Corban Daniels all crossing the line to give the Dolphins a 28-6 lead at the break.

The second half begun just as the first half ended, with Mitchell McPaul scoring in the first 90 seconds.

The Devils desperately needed an answer to the onslaught and found it soon after, as Kobe Hetherington breathed some life into his side.

Both sides found their footing in the early stages of the half as the mistakes and penalties from the first half was replaced by free-flowing attacking football.

However, the fire in a Norths fightback was quickly extinguished with the Dolphins closing out the second half just as they did the first, scoring three times in the final 10 minutes through winger Will Partridge, Daniels with his second and Bailey Butler capping off an empathic display.

Dolphins captain Jacob O'Shea was eager to heap praise on his team-mates following their victory.

"Words can't describe this, it's amazing the boys all did their job," he said.

"Our back five were amazing, they were too fast for them which we expected; it was awesome."

O'Shea believes his teams year-long hard work led to the their ability to produce the points to finish the game.

"I think it just our fitness, we've put in the work all throughout the year," he said.

"We were too fit for them though the middle and out wide we were able to get over the top of them, it was exactly what we wanted."