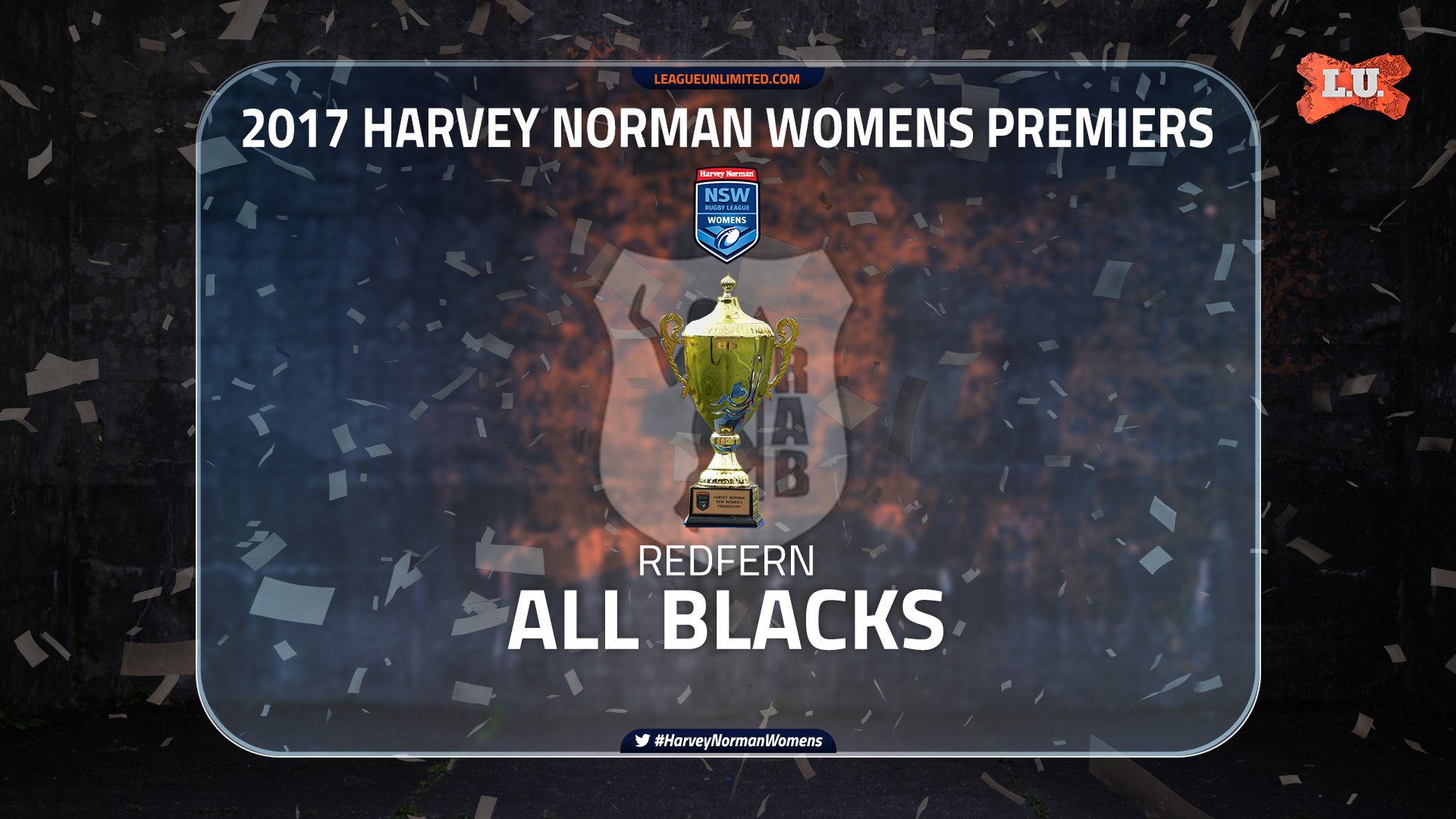 The Redfern All Blacks have claimed the inaugural Harvey Norman Women's Premiership, defeating North Newcastle 26-16 in a hard-fought contest at Leichhardt Oval.

North Newcastle dominated the opening exchanges as Redfern made a host of handling errors, but they were unable to execute their backline movements after two tries were disallowed for forward passes.

Redfern were defending valiantly as North Newcastle continued to threaten their goal-line, but the All Blacks eventually claimed first points with a clinical right-to-left shift off the scrum that sent Taleena Simon over in the left-hand corner.

Nakia Davis-Welsh came up with a try-saving tackle after North Newcastle looked all but certain to score - inspiring her team to march down the field as speedster Taleena Simon scored her second try within the space of 10 minutes thanks to a brilliant cut-out pass from Maddison Studdon.

Simon was unable to convert with Redfern taking a handy 8-0 lead after 30 minutes.

With a wave of momentum behind them, Redfern continued to roll through the middle third with Theresa Wilhelmus making a barnstorming run before offloading Emma Gillogly who streaked down the right-hand touchline and drawing the fullback for Karri Doyle who scored in the right-hand corner.

The All Blacks capped off a fast-finishing first half with Doyle scoring her second just before the break, but Leupepe was unable to convert from the sideline with the score remaining16-0 at half-time.

Redfern got off to the perfect start in the second half with Davis-Welsh burning her way around opposition defenders for their fifth try of the afternoon, with Leaupepe converting extend the lead to 22 after 45 minutes.

Redfern were brimming with confidence but an array of handling errors mounted significant pressure on their goal-line, but their defence held strong as North Newcastle were unable to find a breakthrough despite their desperate efforts.

The All Blacks' relentless defence was enough to hold our North Newcastle, and they eventually reaped the rewards at the opposing end with Leaupepe darting out of dummy-half and barging her way over to seal the victory for the All Blacks.

North Newcastle fought hard in the closing stages as they finally broke the committed defence of the All Blacks with Kylie Hilder bursting through to score their maiden four-pointer before Holli Wheeler found open space just moments later for their second consecutive try.

A final consolation try to Isabelle Kelly capped off a valiant second-half for North Newcastle, however Redfern were able to hold on to claim a gritty 26-16 victory - and the 2017 title.