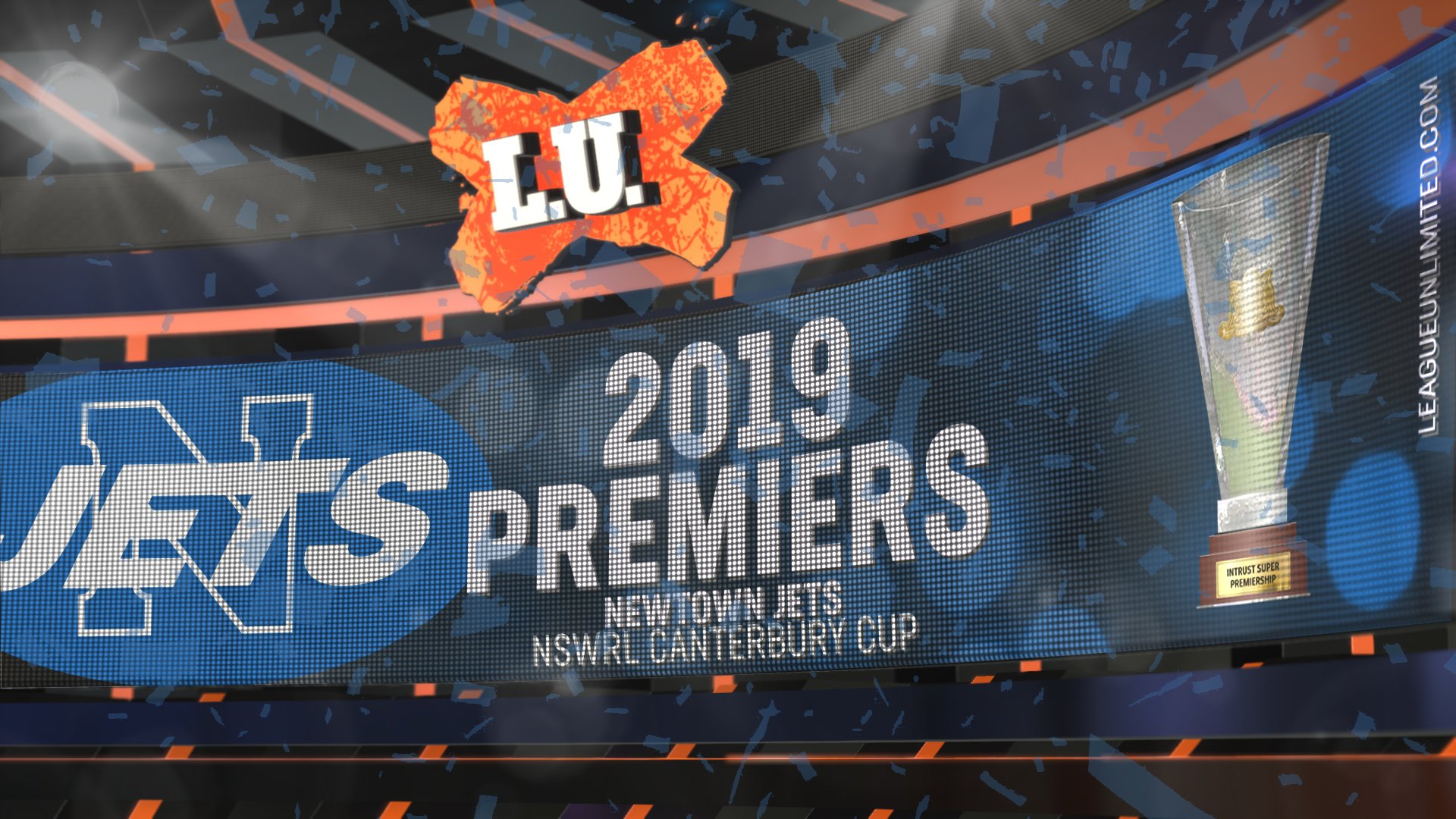 The Newtown Jets have claimed the 2019 Canterbury Cup NSW premiership with an enthralling 20-15 extra-time victory over the Wentworthville Magpies in a crazy Grand Final of epic proportions.

It was a try to William Kennedy with just two minutes remaining in extra-time which proved the difference - the livewire fullback supporting a Tyrone Phillips break through the middle after a pinpoint chip-kick from Billy Magoulias.

It came moments after a clutch 35m penalty goal from Braydon Trindall in the 75th minute and a field goal from Jaeman Salmon in the first moments of overtime.

Kennedy finished with a mammoth 245m, three line-breaks, one try-assist, seven tackle-breaks, and one match-winning try in a stunning Man of the Match display.

The Jets, who surged into the Grand Final from seventh place on the competition ladder, are the first team to earn a Grand Final triumph from outside the top-eight since the Newcastle Knights in 2015.

It also comes 12 months after the Jets fell short in the 2018 decider with a heart-breaking 18-12 defeat to the Canterbury-Bankstown Bulldogs.

It was a game that produced countless heart-stopping moments, and fittingly so, considering both clubs surged into the decider from the bottom half of the top-eight and the first time the competition's grandest day was played at Bankwest Stadium.

Very little could separate the two sides for the entire contest, with the lead changing five times throughout the course of a thrilling first 40 minutes before a nearly scoreless second stanza saw the game undecided at the final siren.

Kennedy and Josh Hoffman went toe-to-toe in an entertaining battle of the fullbacks while Tim Mannah, in his farewell game, produced a customary hard-working game along with Jets enforcers Toby Rudolf and Magoulias.

Newtown were made to rue a host of missed opportunities on either side of the break - Tyrone Phillips producing two moments of brilliance, only to be denied by the video referee in the first-half before some scrambling Magpies defence prevented another in the second stanza.

Kennedy sparked the opening try for Ronaldo Mulitalo with a classy offload in the 13th minute but Hoffman responded with a powerful effort of his own for the Magpies first try just five minutes later.

Magoulias sparked his side into the lead after half-an-hour with a deft grubber for Scott Sorensen - the co-captain winning the race to the football before Braydon Trindall converted adjacent to the uprights.

A George Jennings try just four minutes before half-time, and ensuing conversion from Rhys Davies, ensured a valuable two-point advantage for the Magpies at the main break.

The game hung in the balance for a large part of the second-half with Phillips almost scoring and Katoa denied a try just moments later, although Newtown continued to hold out the Magpies with some defiant defensive efforts on their goal-line.

Neither side could find the breakthrough as the Magpies responded with some committed efforts of their own in defence, although a Hoffman shoulder charge in the dying stages allowed Trindall to nail the match-levelling conversion with only a few minutes to spare.

The dying stages could only be described by those who witnessed, with the game determined by countless match-making plays from both sides, but none more-so than that of 2019 Fulback of the Year, WIlliam Kennedy.

This article originally appeared at NSWRL.com.au, written by Andre Cupido.