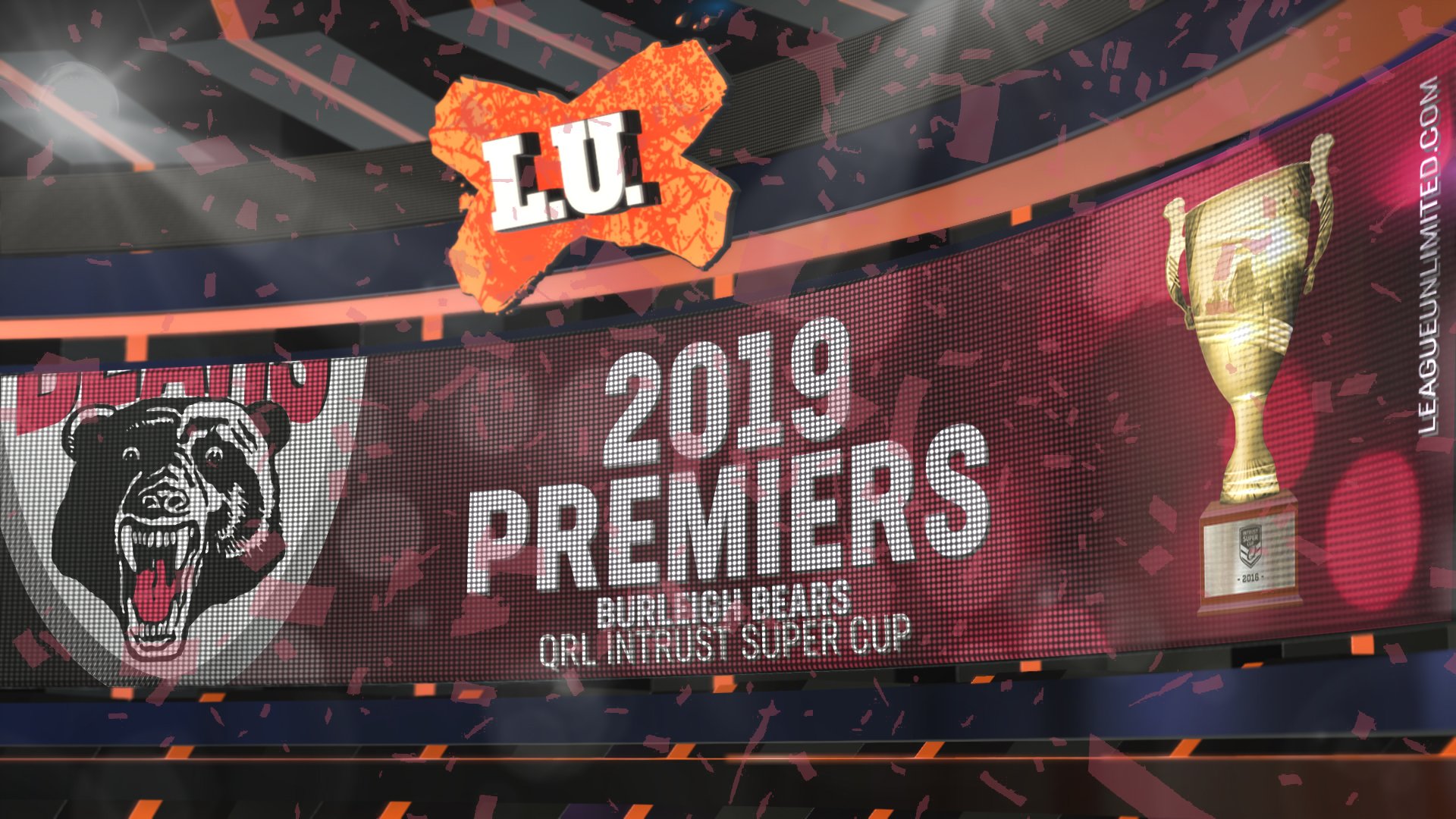 He was the smallest man on the park but the huge heart of Burleigh fullback Kurtis Rowe saved several certain tries to inspire Burleigh's 28-10 Intrust Super Cup grand final win over Wynnum-Manly.

The Bears had plenty of outstanding performers at Dolphin Oval but Rowe's try-savers on barnstorming forward Lachlan Lee and centre Delousie Hoeter early in the second half were of the highest quality.

Burleigh's lead had been cut to 12-10 at the time of Rowe's heroics and the game was in the balance. He capped a stellar game with two tries of his own.

The Bears' win, their second title in the last four seasons, was forged on the back of a stellar forward performance led by Luke Page and former Manly and Cowboys back-rower Blake Leary.

The kicking game of Burleigh half Jamal Fogarty was once again outstanding, particular in the second half against the wind where he found space away from dangerous South Sydney-bound Wynnum-Manly fullback Edene Gebbie.

The defence of both sides was desperate in the early stages with Wynnum-Manly arriving in numbers to send Anthony Don into touch.

Winger Tyronne Roberts-Davis saved one try for Burleigh when he pushed Junior Pauga into touch near the corner flag and soon afterwards Bears five-eighth Dylan Pythian was on hand to once again deny Pauga.

Roberts-Davis then went on a 70-metre weaving run through the defence before the Bears slotted a penalty through Jamal Fogarty to take a 2-0 lead in the 14th minute.

An outstanding right to left backline sweep by Burleigh in the 22nd minute involving hooker Pat Polotoni and fullback Rowe, where Leary created the extra man, sent Roberts-Davis over in the corner.

Genius by Fogarty on the fifth and last then lit up Dolphin Stadium. With the Seagulls defenders pressuring him Fogarty put in the perfect grubber behind the line, collected at pace and sent a flying Rowe in under the sticks to give the Bears a 12-0 lead.

On the cusp of half-time Wynnum-Manly came up a crucial one-on-one steal and from the ensuing set half Sam Scarlett collected his own kick off the rebound to score.

The strong wind playing havoc and was assisting Burleigh in the first half but the Seagulls started the second stanza with it at their backs. Wynnum-Manly made incisions but Rowe was there in the last line of defence to continually save the day.

A brilliant cross-field kick by Seagulls five-eighth Pat Templeman was collected by Joe Burns and converted by Templeman from the sideline to narrow Burleigh's lead to just two points in the 47th minute.

The short kicking game of both sets of halves was on song and Pythian was the provider for Rowe minutes later to take the Bears out to 16-10.

It was another one-on-one steal, this time by Burleigh centre Sam Sauilima, that proved decisive. The Bears made it pay on the scoreboard when wily rake Polotoni crashed over from dummy half to make it 22-10 with 10 minutes on the clock.

When Fogarty streaked away on an 80-metre run after scooping up a Wynnum grubber the Bears where home.

Both of the Seagulls' tries came off kicks, a tribute to the grit and structures of the Burleigh system that coach Jimmy Lenihan has put together.

This report originally appeared on QRL.com.au, written by Joel Gould.