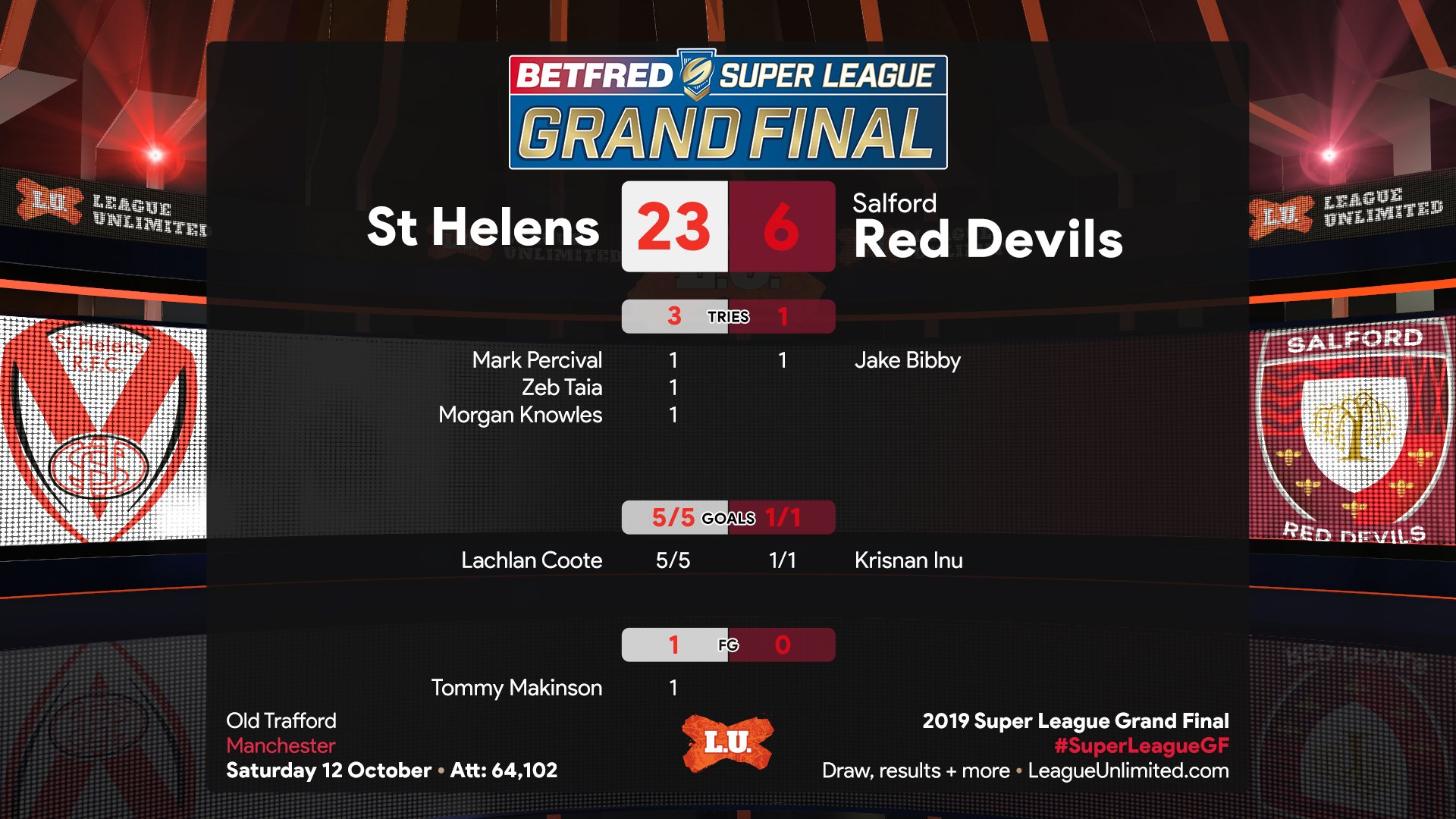 St Helens has completed a near-perfect season with a well-earned 23-6 victory over Salford in the 2019 Super League Grand Final at Old Trafford.

With Salford shocking many to book their place at Old Trafford, the Red Devils' faithful came into the contest with plenty of belief and during the first half that was well and truly on display from the men in the black and red.

Even so, it would be the Saints who struck first, with Morgan Knowles the player to cross for the League Leaders Shield winners. Lachlan Coote converting saw the scoreline push to 6-0 after a quarter of the contest.

Around the half-hour mark St Helens extended their lead with former Newcastle forward Zeb Taia grabbing the second try of the evening, following a short investigation from video referee Ben Thaler. Coote made no mistake for a 12-0 lead.

Salford ensured the contest would continue well after the halftime siren when they scored inside the final ten minutes of the opening half, with Super League Man of Steel Jackson Hastings combining with former Warriors and Wests Tigers half Tui Lolohea to send Jake Bibby over to open the Red Devils' account.

After the break however, it was mostly one way traffic, despite some stoic Salford defence.

Mark Percival showed some individual brilliance, collecting his own kick and outpacing the Salford defence - he scored in the 50th minute, and with Coote's unwaivering goalkikcing radar, the Saints led 18-6.

The grind continued for the remainder of the contest with the only scores between Percival's try and fulltime coming from the boot. Coote banged over two penalty goals (61' and 71') before a Tommy Makinson drop-goal with less than 2 minutes on the clock iced the Saints' first Super League title since 2014.

St Helens forward Luke Thompson was awared the Harry Sunderland Trophy as the Grand Final Man of the Match.