Fixture This: the 2020 NRL Draw breakdown 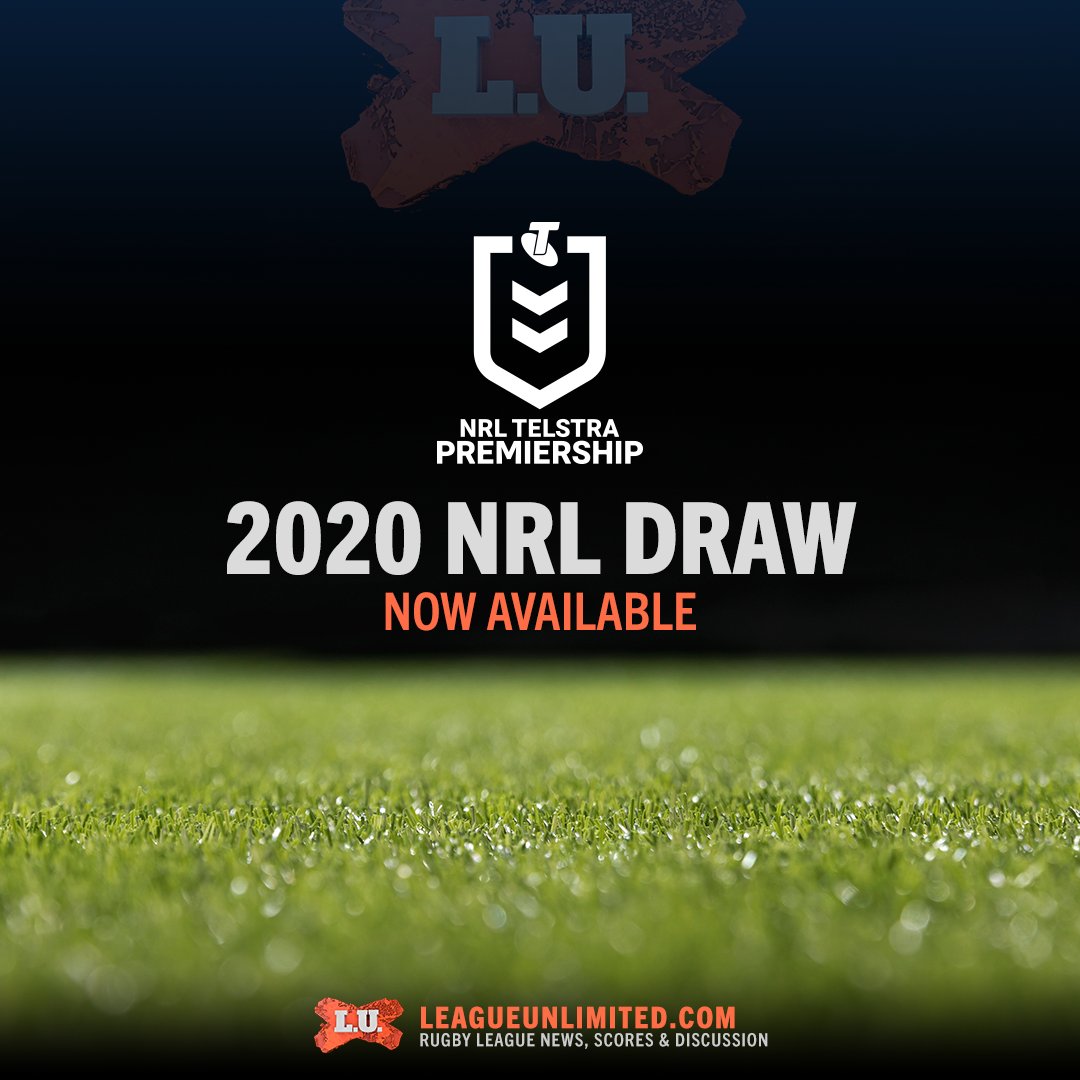 LeagueUnlimited.com looks at the 2020 NRL Draw - who wins, who loses and how the timeslots are distributed.

Each year when the NRL draw is released ahead of each new season, the usual suspects come out of the woodwork to complain that their team got the rough end of the stick, or worse still, that the entire draw is lopsided or unfair.

A fairly well distributed bunch of games this season after Broncos dominated this slot last year. Souths and the Cowboys have the lions share.

The Warriors and Titans dominate this slot again - the Titans presumably due to form, while the timezone suits the Warriors well. Knights fans will be pleased after having 8 of these fixtures two seasons ago to now have just two. Melbourne and Souths avoid the slot altogether.

Friday night Broncos persists for another year, with ten matches across their 24 being Friday night fixtures. The two form teams of the last decade in the Roosters and Storm have the next most, with high rating sides like the Cowboys, Eels and Rabbitohs also getting plenty. None for Newcastle though.

Continuing the theme of Sydney clubs dominating the Sunday arvo footy timeslot for Channel 9, the Wests Tigers and Penrith will be the regulars at 4pm as your weekend winds down. No games in this slot for the Cowboys, Titans or Warriors.

No real change to this apart from surprisingly less Roosters games on Free to Air. Brisbane well out on top, with the Titans and Warriors getting slim pickings.

The NRL has taken an axe to five-day turnarounds and there's very few across the season now:

Several factors have once again forced clubs to take games away from traditional homes, most notably the Suncorp Stadium event in Round 9 - Magic Round Brisbane.

No real changes to those key venues, which once again include Gosford Tamworth, Wagga Wagga, Darwin, Bathurst, Wellington, Christchurch and the Sunshine Coast.

Below is a breakdown of every clubs' home venues:

Note that ANZ Stadium closes after Round 15, with the Rabbitohs and Bulldogs relocating home matches to Bankwest Stadium until 2022.