The epitomy of average. That was Cronulla in 2020 as they became the most perfectly average side in the game's history, as they had perfect parity in wins and losses and also in For and Against.

Under coach John Morris, the club has been immensely better in attack, considerably poorer in defence in the middle, with a much stronger focus on building success on the back of younger players, much unlike the Shane Flanagan era where importing stars was the norm.

For fans, this means there will be a few rocky seasons, but ultimately there's a long term focus in place and that's a good thing.

2020 saw the Sharks reach their sixth consecutive finals campaign, a feat the club has never achieved previously. They haven't been too active in the player market, but that will change by seasons end, when a n umber of highly paid players come off-contract.

Multi-faceted attack. The Sharks genuinely have attacking options in several areas. Their wingers are great at finding the line, Josh Dugan at centre is hard to contain, young halves Connor Tracey and Braydon Trindall have shedloads of potential, while Shaun Johnson finally found his form in 2020 prior to suffering a tendon injury. Then there's the fantastic young hooker Blayke Brailey, whose game along in leaps and bounds in 2020. Then there's the big men like a slimmer and fitter Andrew Fifita, the brilliant Wade Graham and the x-factors in Royce Hunt, Briton Nikora, Siosifa Talakai, Toby Rudolf and Braden Hamlin-Uele.

Middle defence. The Sharks middle was quite prone to conceding tries in the back end of games and this is something that urgently needs repairs. You will not trouble top sides if they can walk through the meatiest part of your defence and score tries that can be easily converted. The Sharks learnt this in spades in 2020.

The Sharks have a reasonably good draw, with more than half their games having a turnaround of either 6 or 7 days. However a downside is that they will play both 2020 Grand Finalists Melbourne and Penrith, twice each.

2021 will see the Sharks still playing their home games out of Netstrata Jubilee Stadium (save for two Queensland 'home' games). They will have a rocky run home with games against Manly, Wests Tigers, Brisbane and Melbourne - sides who the Sharks have historically struggled against. 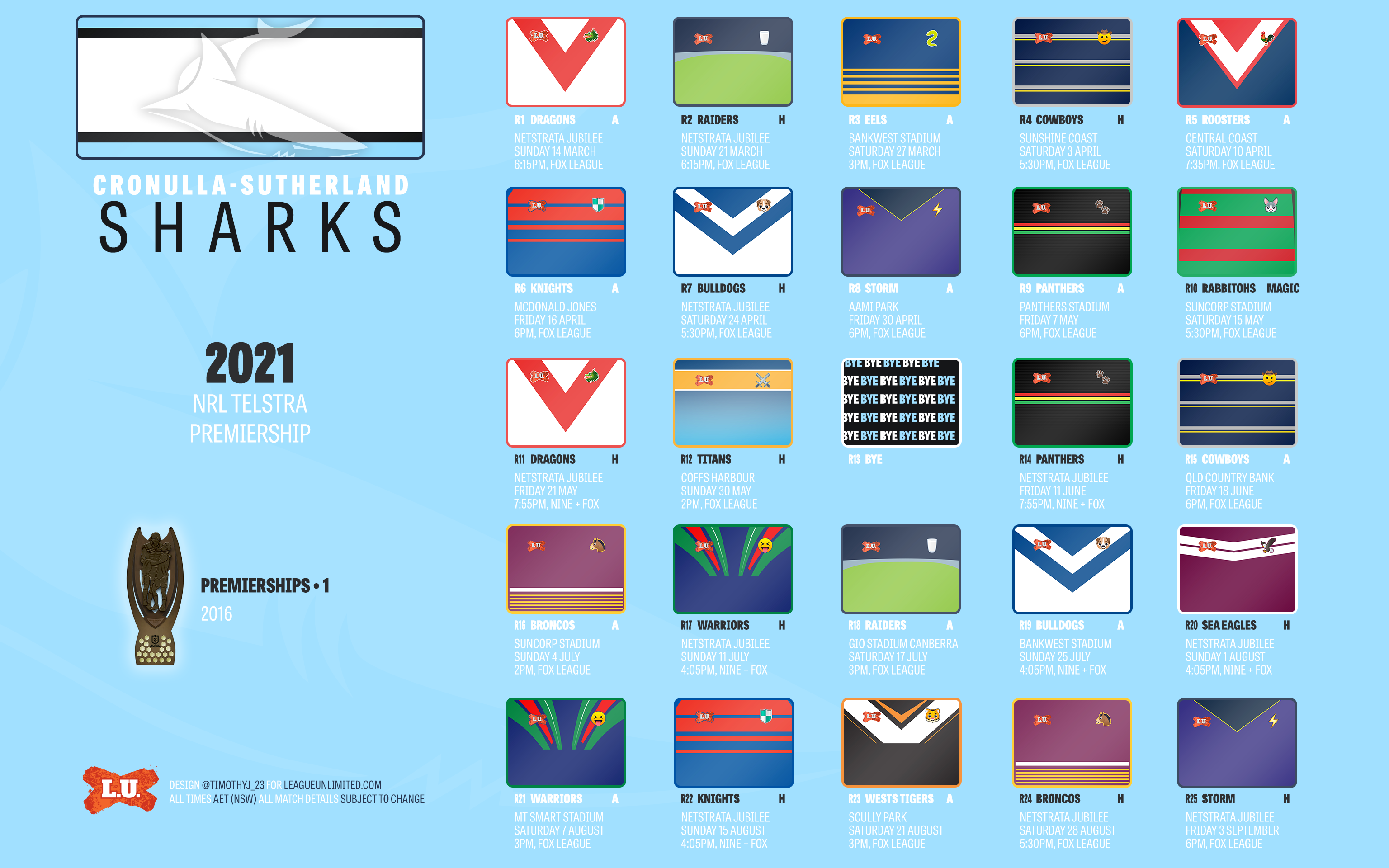 Captain and second rower Wade Graham is a uniquely talented player. Hard-hitting, strong line running, with some deft passing skills and a very good short kicking game close to the line. He has been dogged by injuries in previous seasons, but is fully fit and ready to go for season 2021.

Hooker Blayke Brailey improved immensely in 2020, becoming a vital cog in the Sharks attack and is shaping to become one of the best young rakes in the NRL. His defence is still improving too, making him a huge asset for the Sharks.

Franklin Pele is an imposing front rower who has a penchant for running through humans. Represented as an Australian Schoolboy, this big unit has been elevated to the Sharks top 30 squad for 2021 where he will undoubtedly find his way into the NRL side.